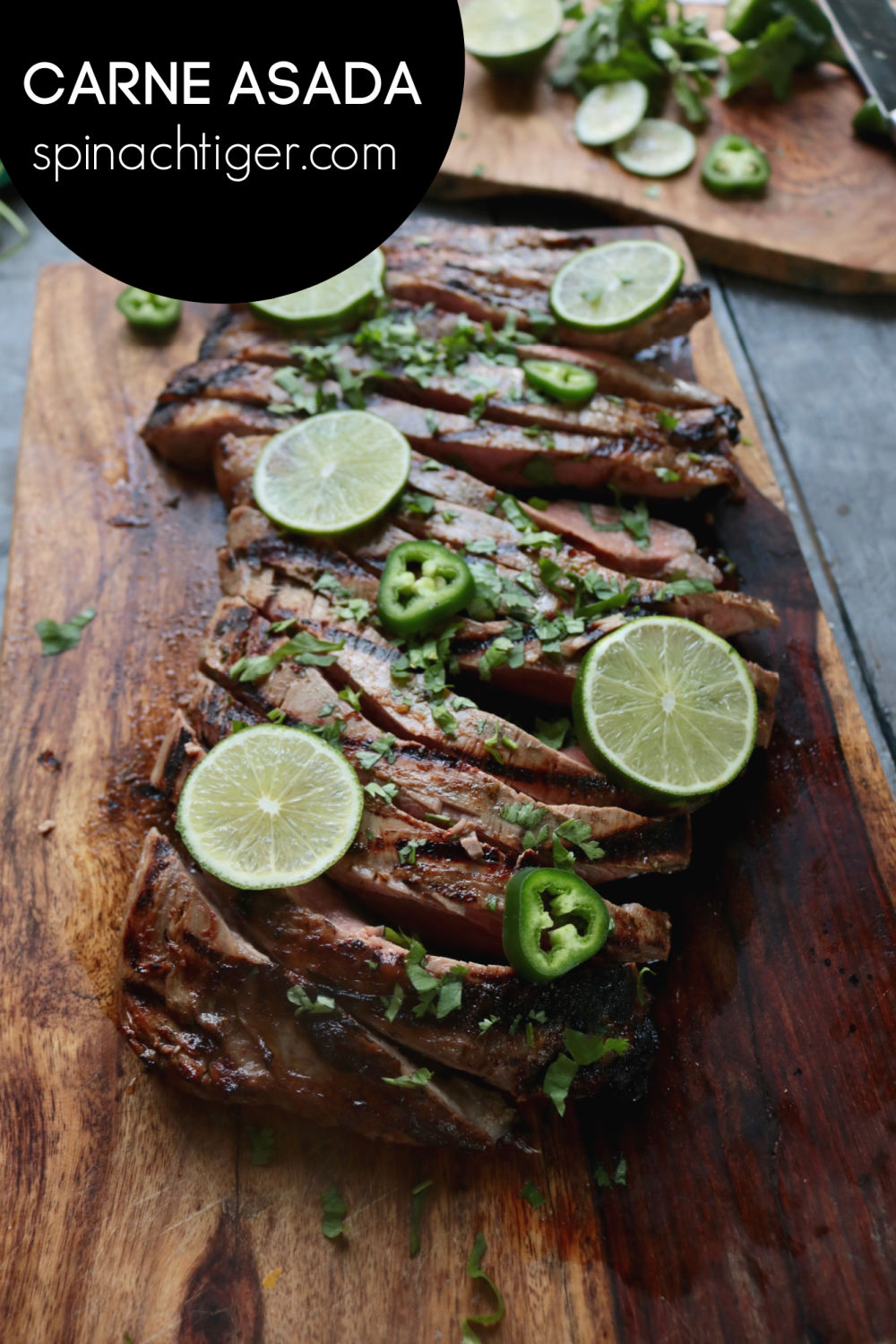 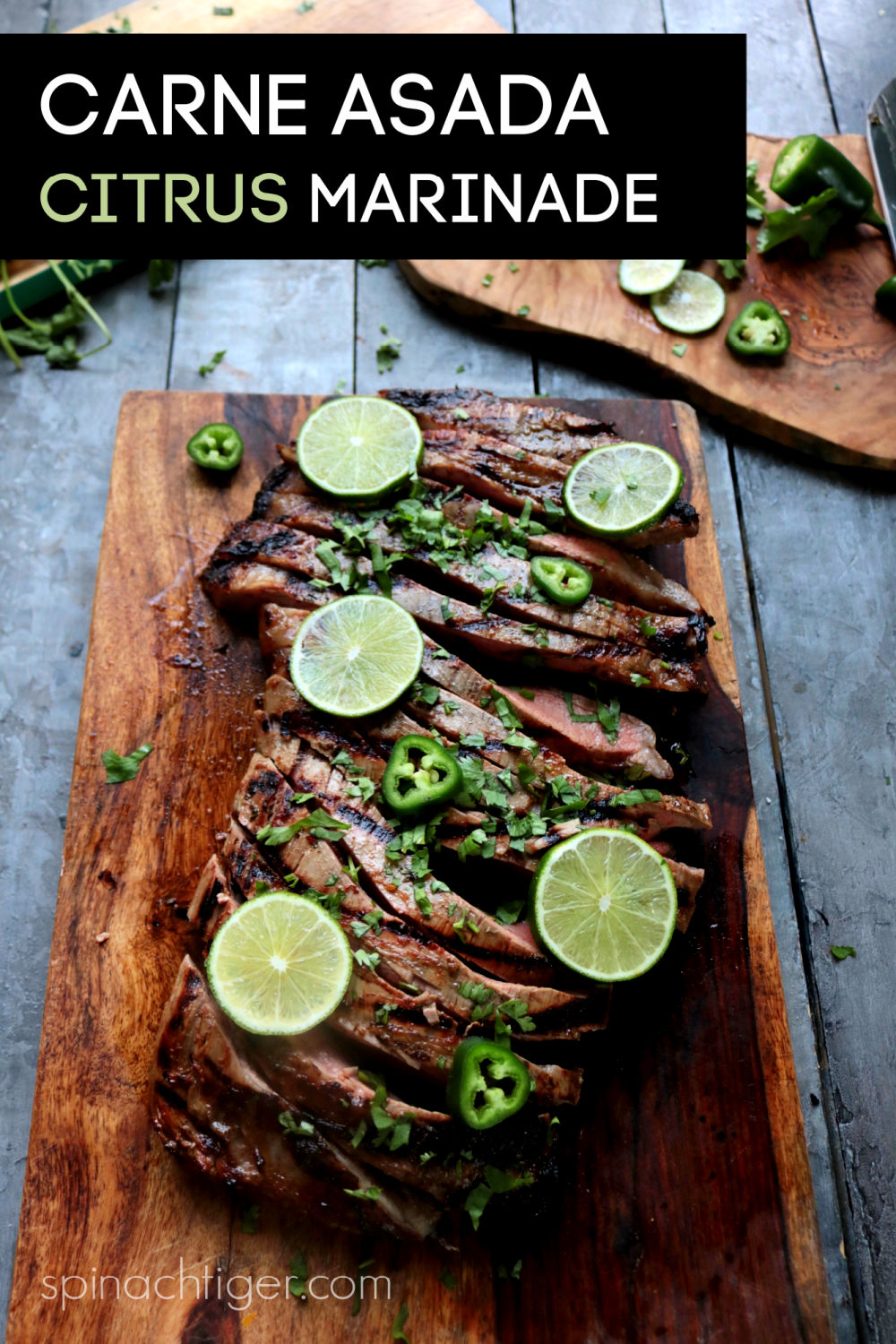 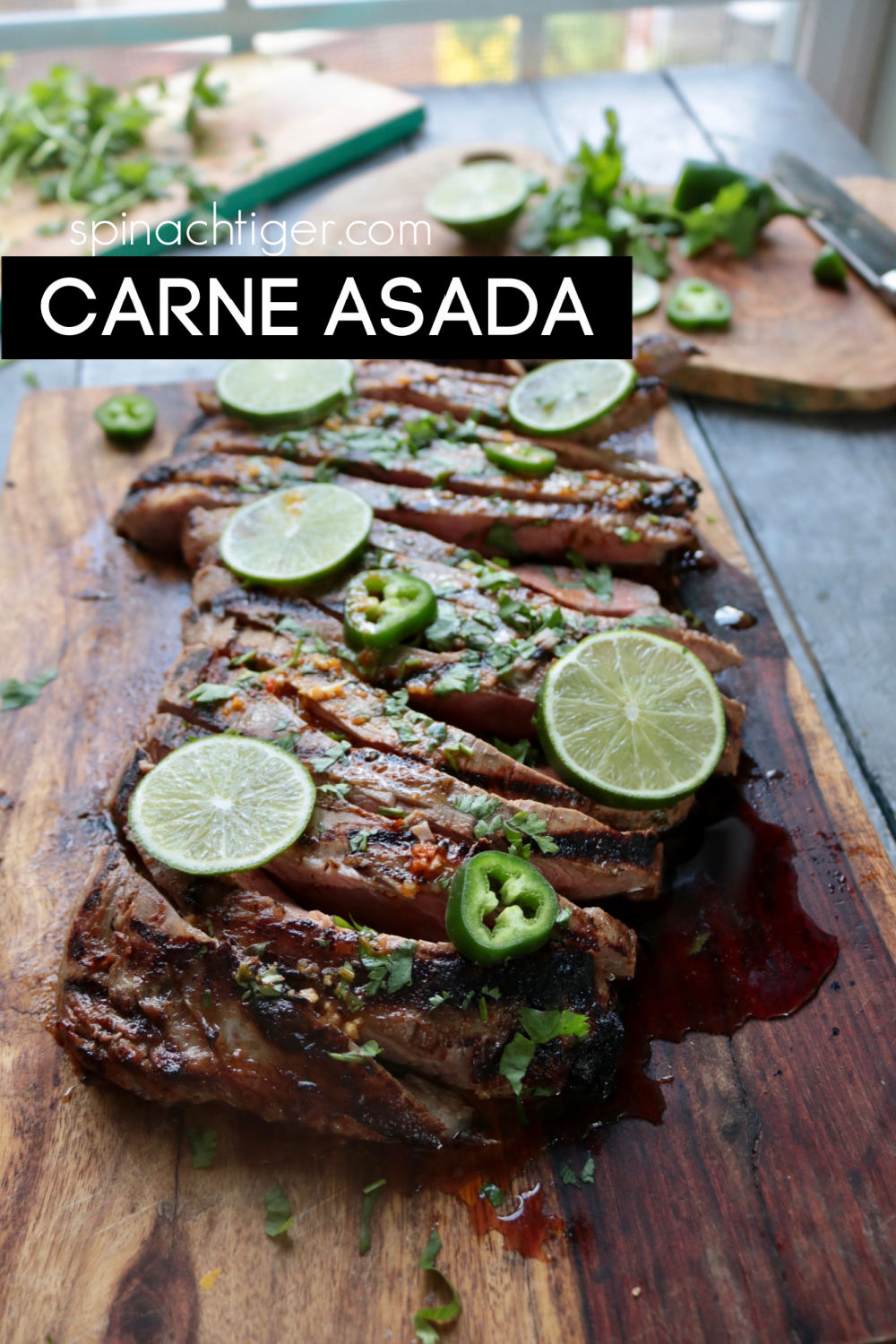 I considered myself lucky whenever I get a chance to buy meat from Bear Creek Farm,  a sustainable grass-fed, grain-finished cattle and hog farm. They use Certified Humane practices to produce healthy, tasty beef and pork without the use of hormones or antibiotics.

This past Saturday I picked up a flank steak and decided to marinate carne asada and grill out. When you marinate carne asada, you will be breaking down the meat with a combination of fat, salt and acid. The acid is mostly citrus in the form of orange and lime juice.

The spices include cumin and heat. I realized I didn’t have cumin. What I did have, however was some Trader Joe’s taco seasoning, which has cumin and other spices.

What is carne asada?

Carne asada means grilled meats, and is found in Mexican restaurants, often in tacos and burritos. Most often strips of meat cut on the bias against the grain and have been previously marinated or rubbed with spices. What meat do you use for Carne Asada?

Typically, carne asada is made with flank steak or skirt steak, which does well marinated. I could have trimmed some of the fat off, but decided to leave it for more flavor. How to Marinate Carne Asada

Most of the carne asada marinades include oil, lime, orange, garlic, cumin and cilantro. You will want to marinate carne asada for a minimum of four hours up to overnight.

I used the following ingredients for the marinade. I saved 1/3 of the marinade separately to pour over the carne asada once it is grilled.

This marinade proved to be simply wonderful.

How do you cook Carne Asada?

I marinated the flank steak for about 6 hours, and then put it on a very hot grill of 500 degrees F.

It took about 15 minutes, ten on the first side, and five on the second side. The internal temperature at the thickest part was 115 degrees f. and I knew that Doug would want it rare. A flank steak is thinner on the ends and that’s the part I would eat. After pouring on the reserved marinade, I allowed the steak to rest for 10 minutes. The steak was then cut across the grain in thin strips. How do you eat Carne Asada?

The meat was so tasty, we ate it solo, but the leftovers will become tacos tomorrow, using my grain free tortillas and homemade guacamole.

Other Similar Recipes from Spinach Tiger

How to Cook a Perfect New York Strip Steak

How to Make a Rib Eye Steak 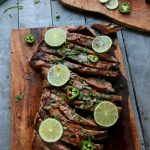 How to Marinate Carne Asada

I used taco seasoning as it was convenient. You can add cumin and chili powder instead.