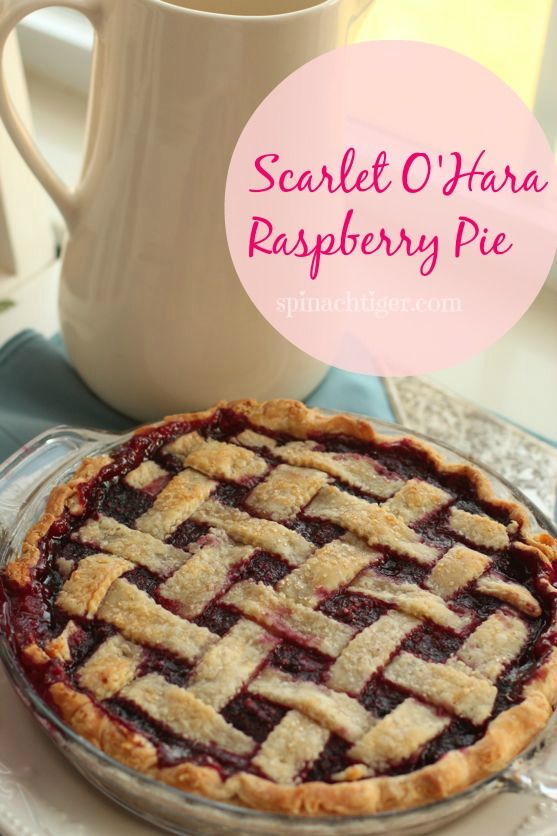 If Scarlett were to bake a pie, which would have been a cold day in Atlanta’s July, she would have made Raspberry Pie. It’s stands out from the crowd. It’s decadent, when pie is often seen as more common. It’s expensive as pie making goes, even if frozen raspberries are used.

In the cookbook, Desserts from the famous Loveless Cafe there is a recipe for Southern Belle Raspberry Pie. And, yes, that is where I got the inspiration. There is no woman more southern belle than Scarlett. She was amidst the crowd of ladies that cinched in their waste and ate pie before the picnic started, so they could appear to be dainty and eat like birds when the men were around.  This is probably why,  even though I live in the south, I’ll not be called a belle anytime soon.

Raspberries are a favorite in desserts, but not usually baked in a pie.  Raspberries are one of those perfect foods that are adorable and elegant all on their own or  with chocolate. They like to be seen and often get top billing in tarts, placed atop a pastry cream.  I am in love with this  french raspberry tart tart,  and  raspberry chocolate tart. I have a thing for tarts and make them often. In the last year, however, I developed a thing for pies.

Pies, in my opinion, are harder to master, because tart dough is easier to make than pie dough and is almost always a success. I took on pie dough as a personal challenge and it’s like riding a bike. Once you “get it” you have it forever.  I explained the differences in pie dough and tart dough here.

This is the kind of pie that points a bit backwards to the days when women put a pie on the windowsill to cool, while taking off their flour dusted apron.  Somehow I think it would most certainly not have been Scarlett wearing that apron, but then again, times got tough for her and she seemed capable of being able to do anything.  And, if she thought it would have won over Ashley, the man she set out to marry, although I ‘ll never know why, I”m sure she would have chopped down the wood to put in the stove. Or maybe not, though her determination was unparalleled. It’s one thing to set your sites on Rhett Butler, but Ashley was a bit too weak and pansy for one so feisty as Miss Scarlett.

I have a bit of Scarlett determination. I’ve made so much pie crust in the past few years that I can do it without thinking, without fretting and without a recipe. It’s flaky. It’s tender. It’s not always as pretty as I’d like it to be, and one day I hope to slow down and make my pie look a little fancier.

Tarts are pretty because the pan does all the work, but pies take a little more effort.  On the other hand, a homemade pie doesn’t need to look machine perfect. It’s homemade and handmade and that has an appeal all of its own.

I detoured a bit from the Southern Belle Raspberry Pie recipe,  as they use orange zest, rose water and a vanilla bean. I used an orange liquer, tapioca instead of corn starch and pure vanilla extract.     I love the cookbook and while I might change the recipes up a bit, I will give full credit for their charming southern baking inspiration. You might want to see another recipe I baked from the cookbook. Red Velvet Cake.

Tell me how do you choose?  Rhett or Ashley? Scarlett or Melanie?  Tart or Pie?

See a Video how to make perfect pie crust here. 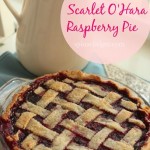 A southern pie adapted from Desserts from the Loveless Cafe, a Nashville legendary eatery.
Servings: 8

Raspberries become more tart as they bake so make sure the mixture is sweet enough. I like a tart pie, served with ice cream. 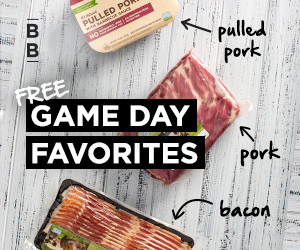 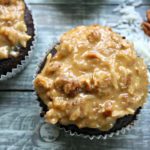