Post Editor’s Note: Red and Golden Beet Crostini with Goat Cheese and Honey was recently honored as the starter course at the Relish Epicurea Supper Club. It’s a must make for any occasion, from a cocktail party to a full course fancy dinner. We used local beets, and Noble Springs Goat Cheese.

I love to throw parties. I like to do all the food, planning everything down to the last detail. Back in the day, I wouldn’t even allow anyone to bring anything to my parties (in honesty, for fear of having to put out something awful on my table.). I admit this to you. It’s possibly not the prettiest side of my personality. And to be even more honest with you, I haven’t quite gotten a victory on this.

When I moved to Nashville,  it took me some time to realized that when I was invited to a party, I was expected to bring a dish. After a few parties of too many people bringing chips and salsa, I would show up with 3 to 5 dishes because food is in my blood and you can’t have a party without good food. But, I often found the carting of food awkward and it might be the reason so many parties end up with a lot of desserts which are easy to transport. 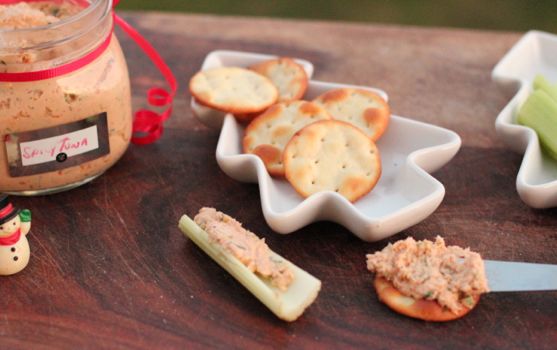 Earlier this month, Lorraine from Not Quite Nigella presented her delicious Tuna Spread   in a mason jar. I thought it was a brilliant presented in a mason jar. I liked it so much  I took it to a party only slightly changing it by spicing it up with sriracha).

I think taking pretty jars with spreads, dips and spreads to a party is not only a fun way to present, but practical to transport. Taking food to parties can be awkward and cumbersome, because you don’t want to serve your food in plastic tupperware, yet you can’t cart serving dishes either. This is why food in a jar is such a great idea.

I discovered the perfect pint sized jars at True Value Hardware. The jars are short enough  and yet wide enough to spoon to spoon ingredients easily. Fill them up with either homemade or store bought (high quality) salads, nuts and cheese spreads. Buy tasty crackers and a loaf of sour dough bread to slice and grill. And, bring an extra jar with some celery sticks for the spreads. 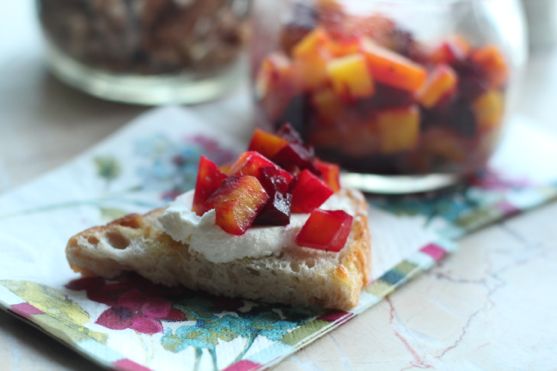 The jars came four in a set and I thought I would try to fill out four jars. One with tuna or egg salad. One with rosemary walnuts.   Why not beautiful beets? My vision was a jar of golden beets and red beets tossed together in a blood orange olive oil. I like how the golden beets pick up some of the red coloring and get a sunset color.  The beets are perfect sitting upon some soft goat cheese drizzled with honey.

I’ve listed some several ideas for taking food to parties below. Tell me, what would you pack up in a  jar and take to a party? 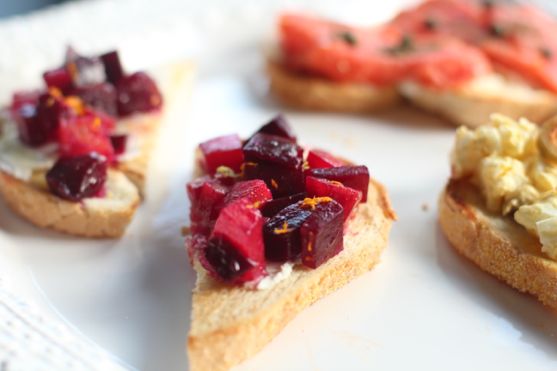 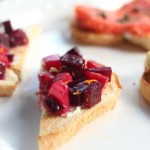 Red and Golden Beet Crostini with Goat Cheese and Honey

Open
Taking these star studded (edible gold) to a smal

Open
Peach Sangria, a way to celebrate and cool off! #l

Open
Scallops with wine, butter and lemon enhanced with

Open
What’s most unique about these baked (Keto Grain

Open
Brighten your week in this crazy world with Keto C

Open
When I want to make people feel better, I feed the

Open
Intercessor: a person who intervenes on behalf of