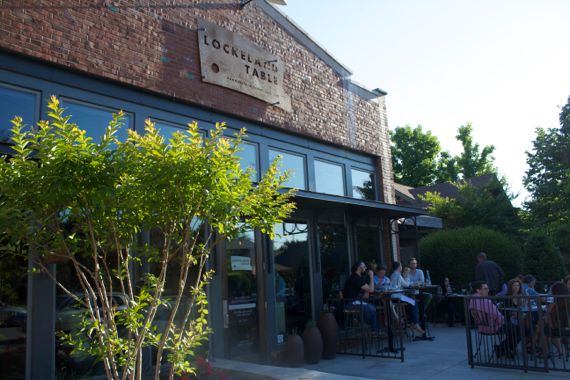 Lockeland Table has been buzzed about, swooned over and busy since the day it opened, boasting a James Beard nomination in 2013 for best new restaurant. No wonder, nearly two years in, people continue to fill up the place, and even folks from Franklin drive the twenty five miles.

But if you’re like me, I like a busy restaurant where everyone is in the zone, running up down the aisle of success. This feeds good energy to the chef and in this case, it’s working well. Chef Holden-Bache  and Sous Chef, Danny ‘Boston’ Bua, took the award in the 7th Iron Fork held in April.

The event is staged similar to Iron Chef in that there is a secret ingredient. That night it was kale, a fairly easy pick around here as it’s so plentiful and unsurprising, but the competition was tough. Kristen Gregory of Firefly, Matt Bolus of The 404 Kitchen, and Chris Carter and James Peisker of Porter Road Butcher, competed fiercely, and it took a special dish to stand out.

The good news for Lockeland Table fans is that the dish is now on the menu. Seared New Zealand rack of lamb with potato and kale hash, a kale and pickled-grape salad with pine nuts, and kale verde will be on the menu through June.

If you happen to miss the chance to try the winning dish, just know that all the dishes at Lockeland are winners in their own right.

I interviewed G. Garvey of the Cooking Channel after he did a segment with them and he was impressed, especially with the way they do their pork and collard greens.

Not only do they have a generous happy hour featuring one of their wood burning oven pizzas at a special price, along with some other great appetizer food choices, there are happy hour drink specials and a handsome bar or kitchen table around the pizza oven to eat at. 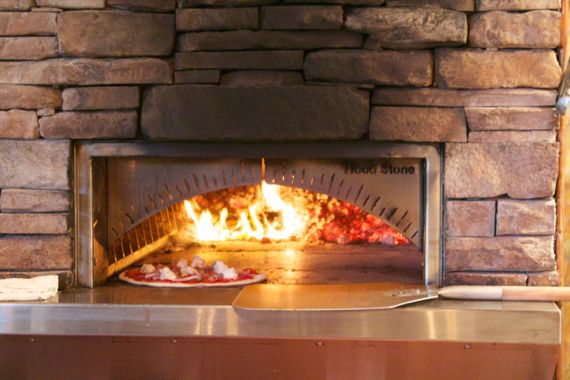 Happy Hour prices are an incredible $6 for cocktails and wine. The Happy Hour menu includes standards like Old Fashioneds, Manhattans, Gimlets and something fun which we enjoyed, the lavender lemon drop. 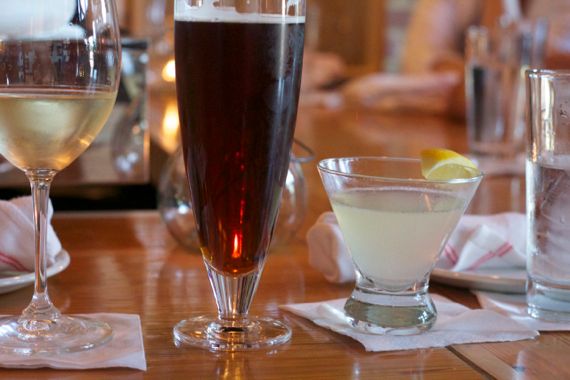 Local Breweries Jackalope and Yazoo are on draft. 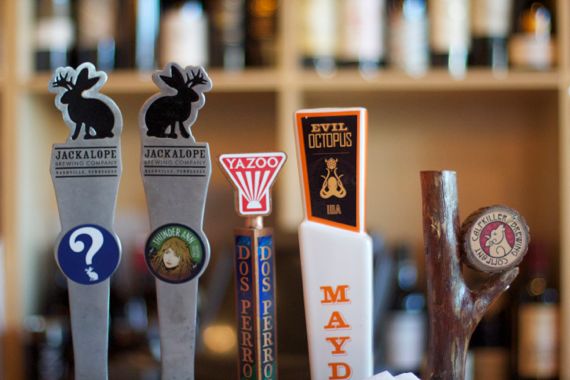 We enjoyed a nice bottle of red with dinner. 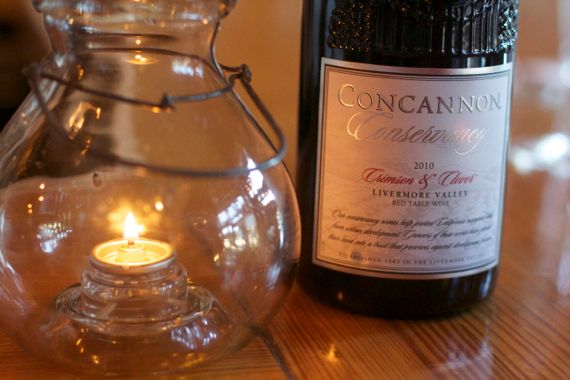 The menu will vary and some of these dishes may not always be available.

We loved this starter. Chicken liver spread served in a mason jar with smoked peach preserves and grilled Tuscan bread. This appetizer could be my entire meal and I’d be happy. In Tuscany, they serve a similar dish everywhere, usually the chicken liver spread is kept warm, and it’s one of my best memories of the area. The smoked preserves is very much a Southern take and absolute perfection. 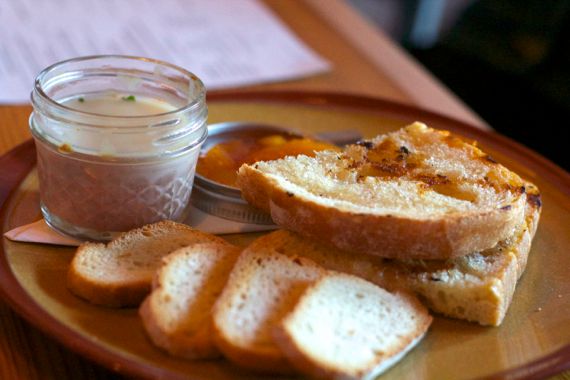 Bone Marrow is all the rage for a reason. It’s meat butter. It’s spread on Tuscan bread and is the best part of the animal according to my grandmother who knew her food before food was cool. 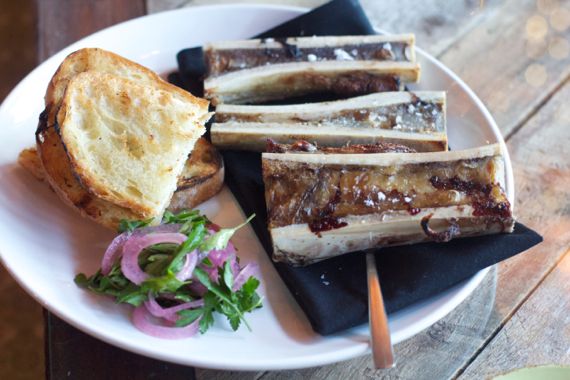 North Carolina Trout is usually on the menu, prepared differently from time to time on a creole cream sauce. Fish was prepared simply, which made it so good, and accompanied with Spring peas, red beets, roasted potatoes, fresh dill. 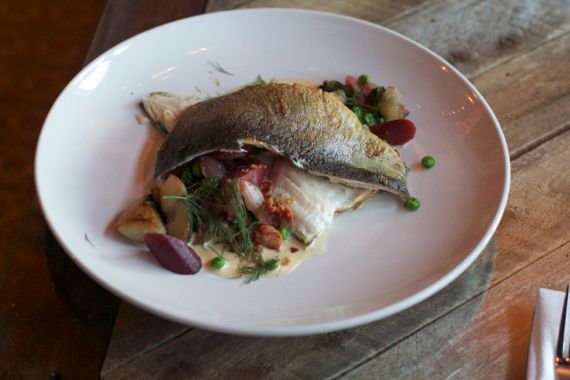 Not always on the menu, the gnocchi was tender, in a delightful sauce. 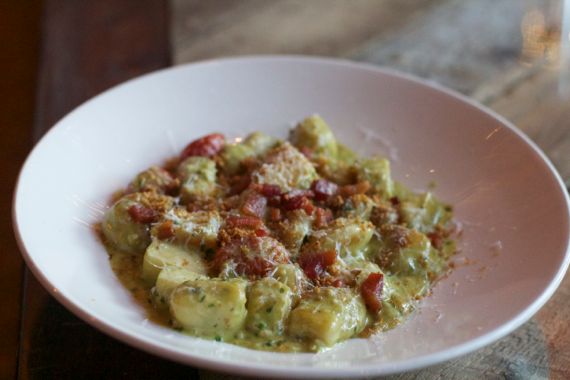 I like small, neighborhood restaurants that happen to be beautiful to look at. Lockeland Table fits this in cool urban design, reclaimed wood, brick walls, trendy art, and approachability. 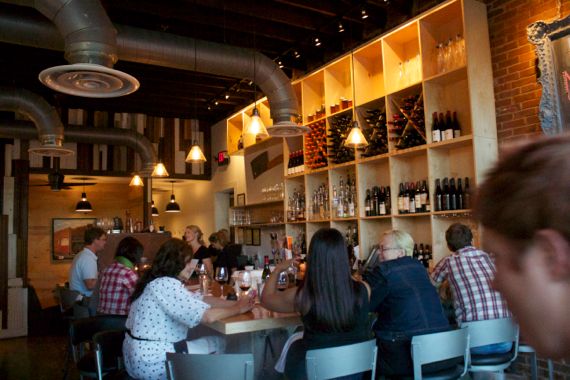 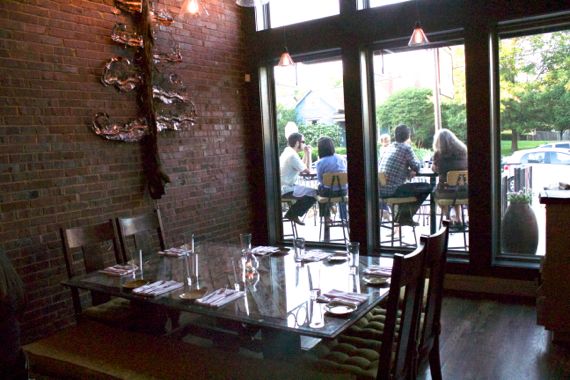 East Nashville is one of my favorite neighborhoods to dine out in. Not taking themselves too seriously with pretension, they worked hard to get our party of 4 a table without a reservation, but I would recommend a reservation unless you’re going for happy hour at 5:00.

Lockeland Table, however, obviously takes their food seriously, from how they source their food to the preparation, with some Southern Notes mixed with Italian (a popular mix these days), which equates to awesome, rustic food, with ample enough portions that everyone at the table can dig their fork in.

Speaking of forks, I hope to get over there before the end of June and try out the winning dish. It will be available until late June, when Lockeland Table plans to host a benefit to send Holden-Bache and Bua to the World Food Championship in Las Vegas this November, an additional bonus for winning Iron Fork.